Roanne King writes women’s fiction that contains threads from her own life experiences. She began writing her first novel at the age of eleven, and has since used life’s challenges and triumphs to bring encouragement to her readers.

She and her husband, Mike, have five near-adults, two son-in-laws, and two grandchildren. Though they met in Nevada City, California in 1992, they lived in Idaho for twelve years before relocating to the Northern California area in 2012.

In 2016, they moved back to Idaho within weeks of their daughter, Elora, announcing she was pregnant with their first grandchild. Their daughter, Tayler, got married in September of 2018. They also own a hardwood flooring company, where Roanne manages the administrative and marketing side of things.

They enjoy telling of their whirlwind romance which led to their marriage and birth of their first daughter by the end of 1993.

Roanne has a passion to share the many trials and triumphs of marriage, motherhood, and pursuing her writing dreams against all odds. Though fiction writing is her forte, she enjoys mentoring young writers, and often shares her testimony to encourage other women and aspiring authors. 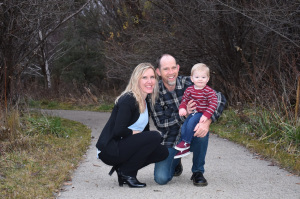 Roanne with husband, Mike and their grandson Kadyn. Winter 2017 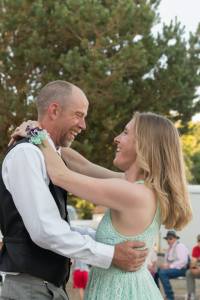 Dancing at Our Daughter’s Wedding in June of 2015