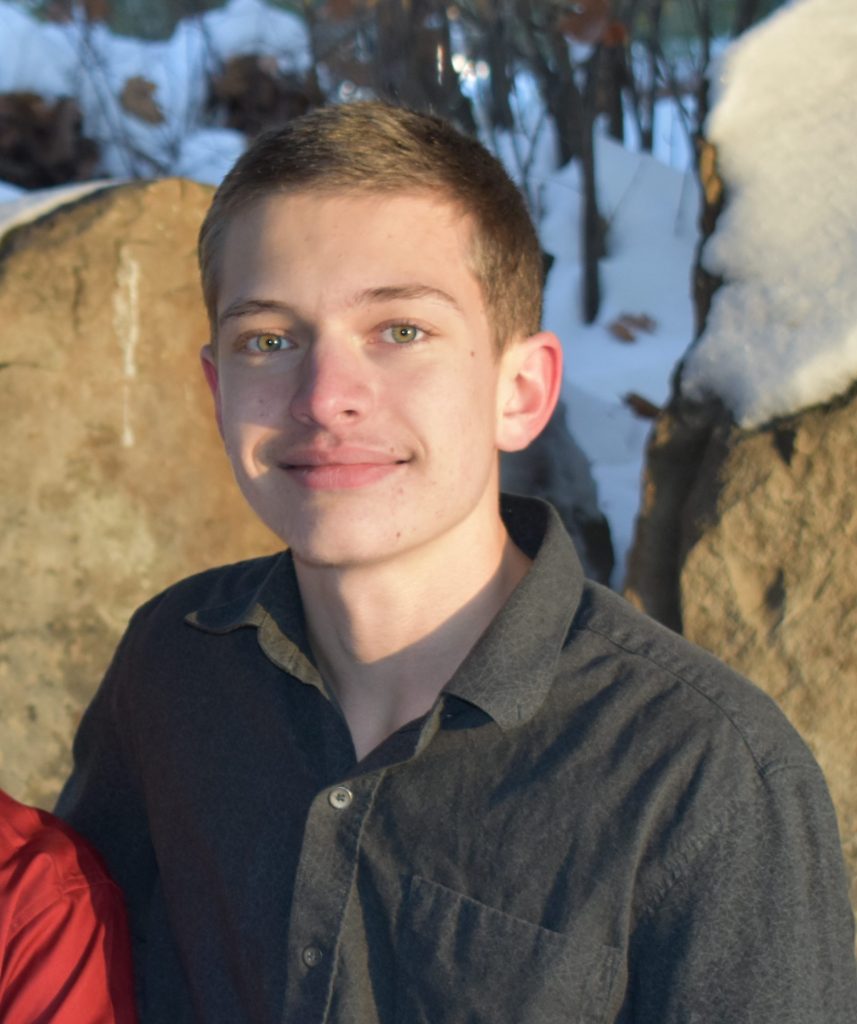 I come from a family of women. In 1999, women and girls outnumbered male cousins and spouses 2:1. During family gatherings, the females dominated with shrill excitement, disciplining the children, and more. Between my mom, her three sisters, and their one brother they had five daughters and two sons. At that moment in time, I was the only cousin with children, and had two daughters.

When I was pregnant with my third child, the assumption was I would take after my mother and have three girls as well. My husband and I prayed months before I got pregnant all the way up to the day of my 20-week ultrasound.

That pregnancy had been different from my first two, but our life had been different too. I was not as emotionally stressed out as I had been while pregnant with our daughters, our life was stable, and not much had changed in my routine since I had become pregnant. I was working and taking 13 units at the community college. I was on my feet more and had more on my mind than just being pregnant. I hadn’t worked past my first trimester during the other two pregnancies. I attributed these reasons to my symptoms of the nausea and slow weight gain that I had this pregnancy and not the others.

The one thing that did get our hopes up that we may be having a boy was the heartbeat. During my monthly check-ups which my husband came we would hear the heartbeat. Even though it had been four years since my last pregnancy we noticed a difference in the heartbeat immediately. With our daughters, the heartbeat had been pretty fast, but the this one was much slower. It was strong and healthy but in the 120-range compared to the average of 140 with the girls.

On November 9, 1998, our suspicions were confirmed. It was the first time we’d been able to definitively know the gender prior to birth, and there was no doubt that this time we were having a boy!

We were having the boy we had prayed for! We would have a son.

A son who would grow up to be a man.

I hadn’t been around baby boys enough to change diapers or pick out clothes. I had no idea what to expect with a son. How different would it be from raising daughters? Or would it be different? Could we raise a son with the same discipline, morals and values that we had begun raising our daughters with? Would he have a built-in “male” personality. Would we only dress him in blue, masculine clothing so strangers would never mistake him for a girl? (These questions sound ridiculous to me now, but I was serious!)

We didn’t want to cut him off from certain toys, but how would we feel if he wanted a Barbie instead of a GI Joe for Christmas when he was 2? We wanted him well-rounded, and sensitive to the opposite sex. This wouldn’t pose a problem after being exposed to my dominantly feminine family. But we also didn’t want him to be violent or overly aggressive. We didn’t want him to have toy guns and be a bully to smaller kids.

These thoughts and hundreds more were part of most our conversations for the next four months. The birth of Dawson Curtis King erased most of our concerns. We were in awe.

We had a little man. Now what do we do?

Would having a son be as predictable as everyone made it seem? My friends who had boys told me that no matter what, my son would play guns and knives games. And if Dawson didn’t, would he be pinned a wimp or a geek? We didn’t want either scenario, but we didn’t know what to do to stop it. 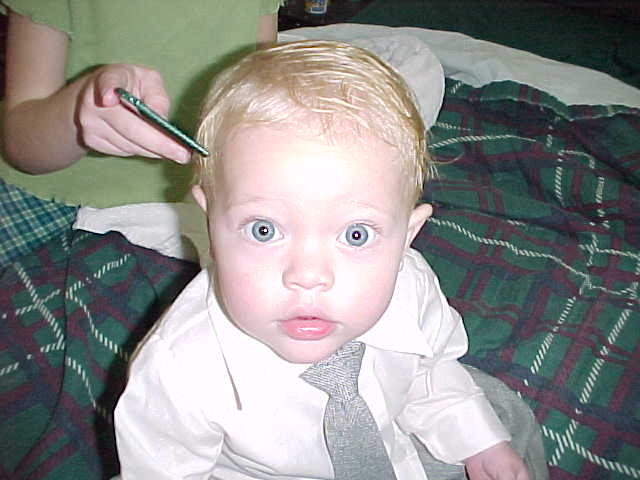 When Dawson started smiling at around 2 months old, we were overjoyed. Like most parents, we finally received a gift back from him for all our hard work. His whole face lit up. As the months went by he reached the typical milestones, and we were proud parents, as if he were our first child. We were constantly complimented at how gorgeous our children were.

Our daughters had big blue eyes and strawberry blond hair. Dawson had big green eyes and pale blond hair. We even nicknamed him “Bug D” for a time. And his big, toothless grin charmed the pants off almost anyone.

I wasn’t surprised one day when an elderly lady commented on Dawson by saying, “What a beautiful baby!” My husband and I said our usual thank you and went on our way, smiling our proud smiles.

I didn’t think about it later that neither of us had given her comment about our son a second thought.

Back then, before the gender debate, calling a boy beautiful may have offended some parents. Boy’s weren’t beautiful or pretty – they were handsome. For generations, having a son meant having an heir, a leader, a man to continue the legacy of a family.

Some months later, Dawson was about two years old. He was still the baby, but I sensed that status wouldn’t be lasting long. We had just moved into a new rental and we’d all had a long day. Though Dawson was having fun playing with his sisters in the new yard, he was in desperate need of a diaper change. I had a feeling he wouldn’t be happy about it, despite having a horrible rash.

He screamed and fought me and eventually I realized the best way to clean his raw little bottom was to give him a bath. Although he wailed through the whole thing, I felt a peace knowing that sooner I could clean him up, the sooner I could wrap him in a warm, dry towel and hold him close to me.

As I put the towel around him, careful not to rub his bottom, I held his head close to my chest and comforted him. Moments later, we sat on the rocking chair and I repeated the words, “It’s okay, Mommy is here.”

He stopped crying and looked up at me with his big, tired eyes, his full red lips relaxed. His cheeks slightly flushed a pale peach against creamy soft skin. He was perfection, God’s fingerprint and gift to me. Holding my two-year-old son, the creak of the rocking chair the only sound, I felt beyond blessed to recognize the rare moment.

I stole a kiss from his soft lips and laid my head back, realizing I may never have a moment with him like this again. I wanted to savor it forever. 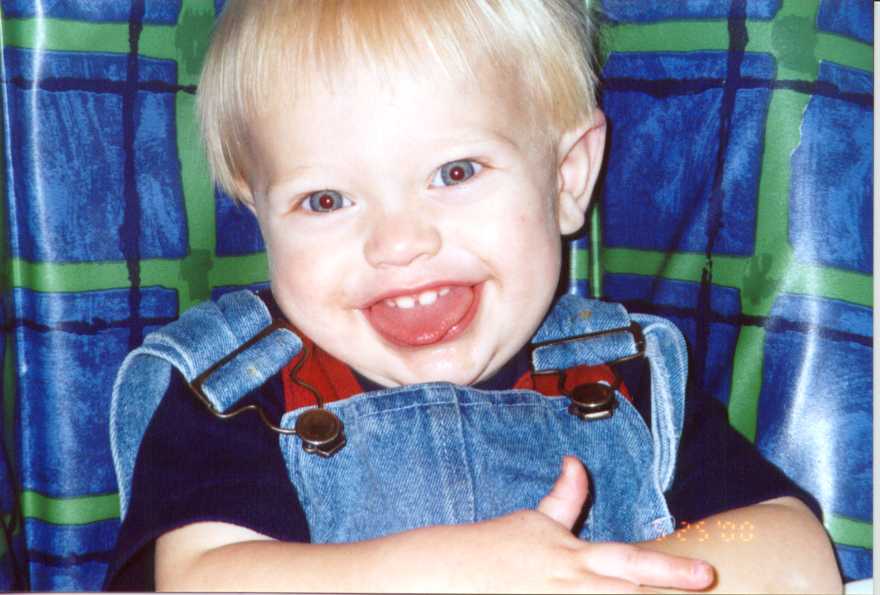 I wanted to remember his small, tennis-ball sized knee resting above my hipbone. The silkiness of his damp, blond hair. The feel of his moist, goose-bump back where the towel didn’t cover him. His huge eyes, gazing at me with all the love I could ever imagine. I was his mother and the only person in the world who could share this moment with him.

Weeks later, I discovered I was pregnant with baby number four. Over the next three years, Dawson would become the big brother to two more boys. Allowing our sons to be boys became the norm. They had innate instincts to battle each other, and although we never condoned violence, we allowed them to express their warrior sides in safe, yet aggressive ways. Any given weekend their playroom would be lined with action figures ready for battle, the backyard littered with Nerf gun bullets, and light sabers strewn on the stairs.

Although Dawson has no memory of the moment we shared on the rocking chair some sixteen years ago, I believe with all my heart that my love for him will never be forgotten. More recently, his father and I have had to wrestle with him in a more figurative way. We had to make a difficult choice to move Dawson away from a life he loved. How much I wish I could have held and rocked him during the moments he expressed his frustration and resistance, and tears fell down his cheeks. But like that day so long ago, I recognized his pain and in so many words expressed my love for him and reminded him that it would be okay. Mom and Dad were here for him. 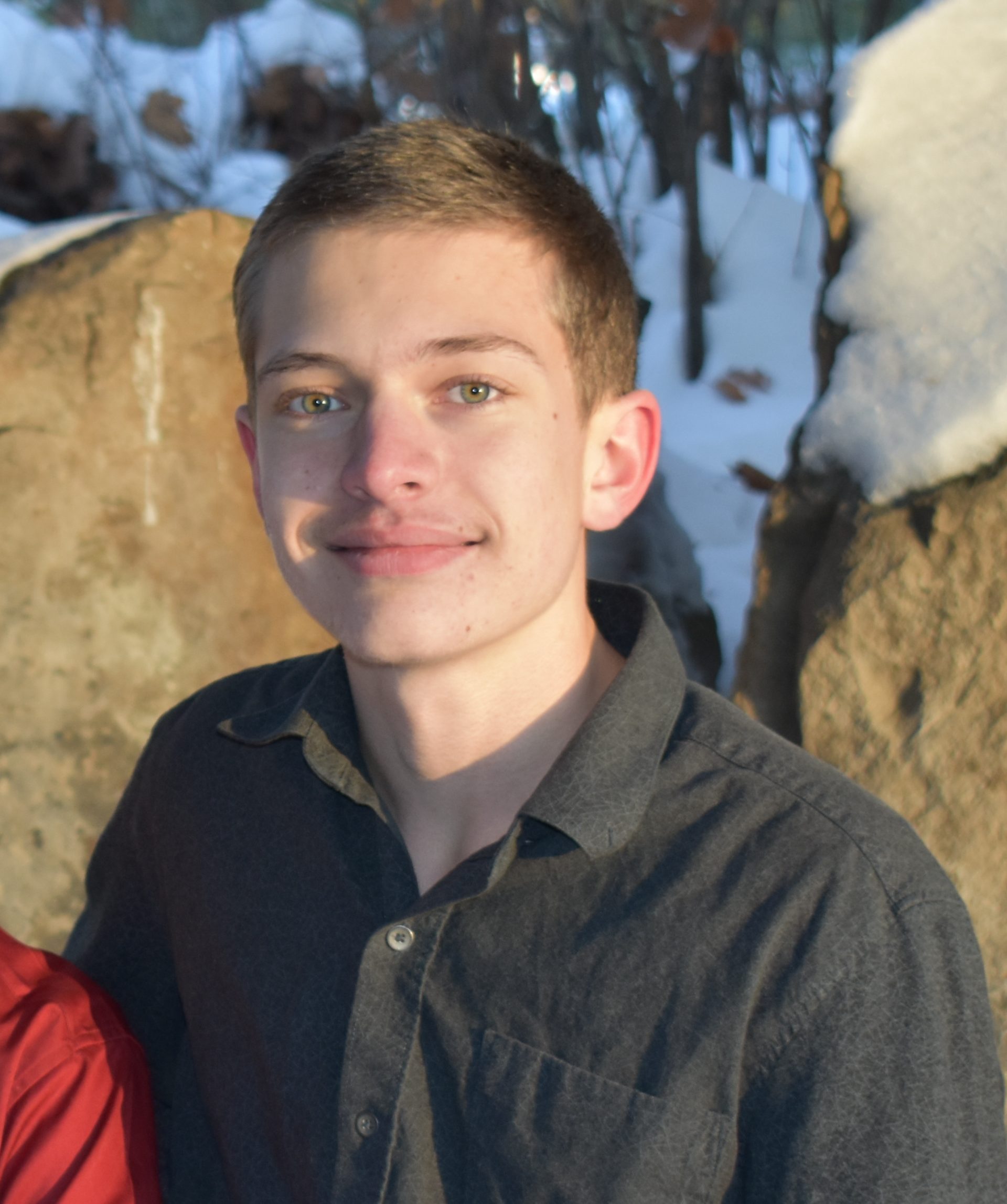 Today, Dawson turns 18. He still has a smile that melts my heart. For months now, he’s emphasized the fact “he’s a man.” He is eager to step into the world of adulthood and is very much a man in every sense of the word. Yet, he has a soft heart, and a caring and sensitive spirit. I credit God’s grace with the man my son has become and is learning to be. He is a perfect balance of masculinity and gentleness.

Today, my son is officially a man, and he is beautiful.