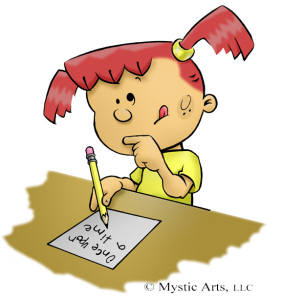 Last weekend I had the house to myself. My husband took all five of our kids on a road trip, dropped our oldest off back at college and visited old friends from the town in Idaho we had lived for 12 years prior to moving to California in 2011. My plan? Clean the rooms of our apartment where I would be spending my time (ie. closing the doors to hide the disasters in the kids’ bedrooms and bathroom), fill the house with worship music, and make some serious progress on my book.

Within an hour of the family leaving, my first two objectives were complete. After a walk, which included random errands, and a peaceful phone conversation with my BFF, I thought I was ready to dive-into my fictional world.

I was going to get a lot done considering I had hours of uninterrupted silence to focus…three days of silence and no interruptions to be exact.

Four hours later, I managed to revise only a portion of one chapter. I was annoyed and frustrated. Maybe I shouldn’t have used up the majority of my morning completing random tasks. Trying to avoid feeling discouraged, I took the rest of the day off, enjoyed a relaxing hour walking around the mall, found a great deal on a new case for my Nook, and went home to fold laundry while watching an old Robert Downy Jr. movie on cable.

The next morning, I started writing as soon as I had my morning coffee. I had to make more progress than I would on a normal weekend with a talkative husband and a messy house full of kids.

By 5pm, I had gotten through only two more chapters. A silly historical detail halted my progress and I was unable to confirm/deny it via internet research. By the time I realized I should just let it go and keep working on my plot and character development, I was burned out.

Maybe I did better writing when I had short bursts of time. Maybe this story just wasn’t going to work after all. I didn’t know where I had gone wrong, but obviously I wasn’t meant to get through as many chapters as I’d hoped.

Well, I wasn’t about to waste the rest of my time alone by sulking. I could still make the most of my three day weekend regardless of meeting my writing goals. My sister and I had plans for a girl’s night out, so I gave up on writing more, deciding that socializing was still a valid way to use my free time.

I learned long ago that the moment creative writing becomes a burdensome chore is the moment to put the pen down. I was on my own deadline after all, and I wouldn’t compromise the quality of the results just to finish my manuscript before summer.

Aside from reviewing the chapter I submitted to my critique group for Tuesday, I didn’t look at my manuscript all week. This morning, after the kids went off to play, I opened up my WIP and read over the chapters I had revised last weekend. Surprised, I was pleased with the outcome. I had been so caught up in that single historical detail, I couldn’t even look at the whole chapter objectively enough to see I had made marked improvements over my original.

Earlier this morning, before starting my review and revision process, inspiration hit me in the form of a song playing on Pandora. The lyrics rang out and spoke volumes to me regarding the place my protagonist (Lydia) is in the current chapter. She had just been forced out of her comfort zone and into a shocking set of circumstances. I had not been able to put it in words last weekend, but this song said it clearly…

So many questions without answers

I can’t see but I’ll take my chances

To hear You call my name

One tear in the dropping rain

One voice in a sea of pain

Could the Maker of the stars

Hear the sound of my breaking heart?

Upon hearing this, I realized what I had not done last weekend. I had not spent time preparing my soul for what I was about to write and revise. I was reminded that this story is not my own. It is a journey God is taking me on, a reflection of a part of my life as He would portray it. You see, this song spoke for me two years ago as I faced a crossroads in my own life. I knew life could not go on as it had been. I knew change was necessary. But I was afraid of all I didn’t know, all I didn’t understand. Just as Lydia is asking why? I recalled asking why as well.

In that moment I saw what really happened last weekend. I was so excited about being alone, I forgot to ask God to be a part of the process. Instead of knowing when to put the pen down, perhaps it is better to know how to prepare before picking the pen up.