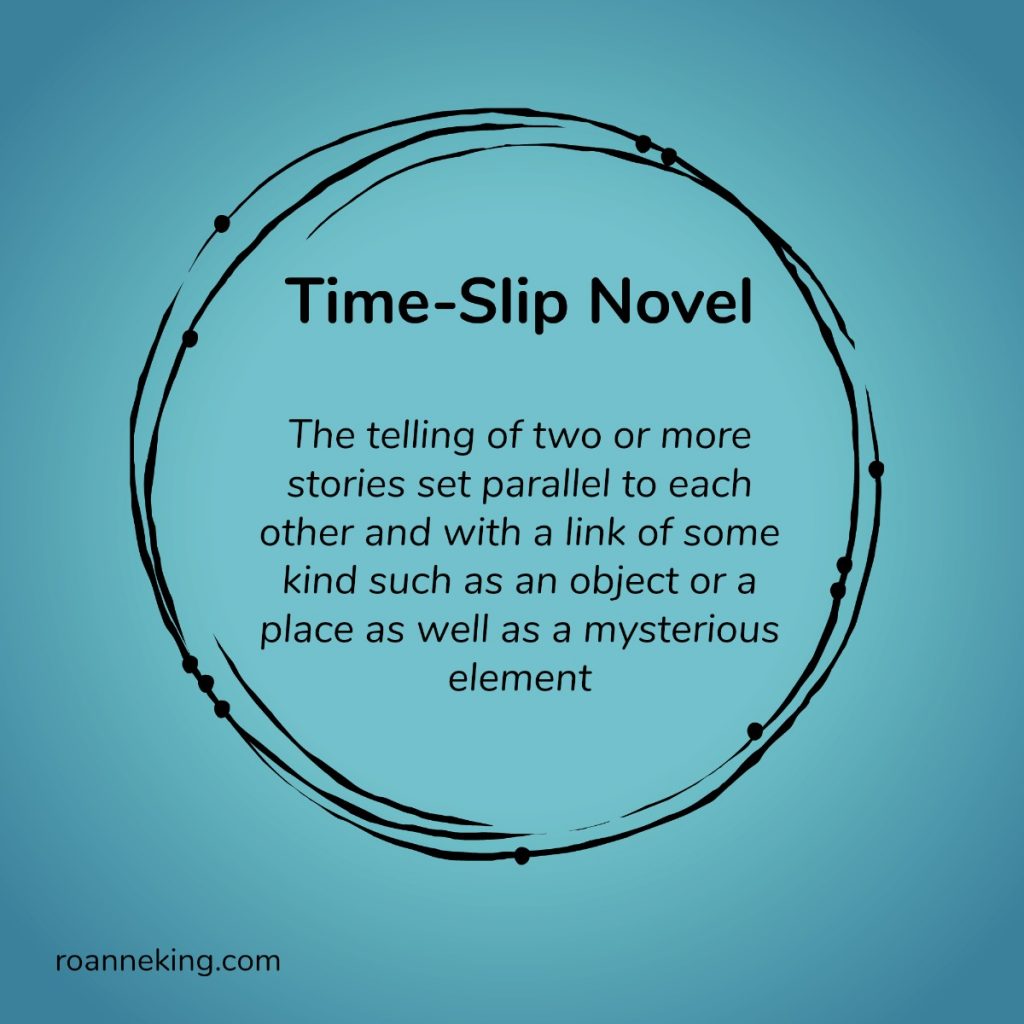 I’ve been reading them from the start– probably as far back as 2009. My first attempt to draft No Eye Has Seen started with me reading several “time-slip-like” YA novels. At the time, I was writing “Momma Jane” (original title) as a YA and was taking a course in writing children’s fiction. The two books I read as examples, and which I loved so much I still have copies on my bookshelf were: Holding up the Earth and A Northern Light. Both of those are examples of time-slip novels in a sense that they span different time eras at the same locations.

After six rejections and editors claiming the first book in No Eye Has Seen: Beyond the Valley was like the movies Nell or The Village (which was inaccurate besides the point that I’d made up the story concept years if not decades before either of those came to the big screen), I needed to let the manuscript sit for a time. Then life took some crazy turns and it would be about two years before I’d pull out my original manuscript and attempt to revise it as a full-length historical fiction novel. Even in that draft, I incorporated diary entries to connect the two time periods of Lydia and her momma.

Now, it’s present day and I’m sitting here at midnight reading a summary of a recently published time-slip novel The Tea Chest which I’m about to order on Amazon and it dawns on me! Both books in my No Eye Has Seen series already have many elements in place to become time-slip novels!

What if I write Lydia’s story, but then also include her mother, Emelyn’s story in addition to the diary entries? I’ve already started some revisions, which include Emelyn as a POV character in the first chapter. But the untold story is how I was inspired to write this story from the start — as a teenager living on the land where I penned my original drafts as a creative writing project. Of course, I would have to fictionalize most of the “modern day” version of myself to make it work, determine what to use as the connecting object or place between times.

Imagine connecting, comparing, and contrasting in the Gold Rush Days and modern time between Northern California and San Francisco? What if we have the battle between the small town girl who is the oldest sibling with a single mom and a loner (modern day) and girl raised in isolation by her single mom (1904)? This would be a mother-daughter theme for Book 1.

Then for Book 2, I already have the young wife with the void of not having a father and struggling with healthy relationships with the men in her life from her husband, to her uncle, to the hired help. The turn-of-the century woman looking for a connection to her father’s family and why they rejected her mother as she visits the big city? Then, I’d add the kicker of the modern young woman based on another novel I started years before I’d developed No Eye Has Seen. That story happens to be about a girl abandoned by her father and relocated to San Francisco from a small town as her mother’s way to cope and find meaningful work.

The common threads between these two would be the search for answers about each woman’s father while also embracing their new lives as wives/living in a big city. Already in place are elements such as the earthquakes of 1906 and 1989, temptations to pursue unhealthy choices with other men — both which force the women to realize neither time, place, present, or future matter without the three things that count for eternity… faith, hope, and a father’s love?!

I don’t think I’m attempting to jump on the band wagon of time-slip because it is trendy. What I believe is that the time — ha! ;) — I’ve spent with God each morning through this year — seeking direction for my 2020 Vision and writing goals — has clarified the definition of my writing niche.

After all, I’ve been bouncing back and forth between historical fiction and contemporary women’s fiction for years. I’ve been drawn to several more time-slip novels on my reading list this past year alone including The Lost Castle, The Wedding Shop, The House on Foster Hill, and currently The Writing Desk! I’ve asked myself why I love to read historical novels, watch mostly crime solving/mystery television shows and yet, have this desire to write contemporary fiction? Finally, the other night the answer hit me so hard and clear, God may has well have literally given me a hard pat on the back as a confirmation!

The time-slip novel incorporates all three of my passions – history, mystery, and the modern woman’s struggles.

Ever since, I’ve considered how to convert all of my current WIPs into time-slip novels. A Cord of Three will be the easiest. I’ve already a ton of “flashback” scenes that I knew were needed to explain the friction between sisters and tidbits of their mother and grandmother’s pasts, but wasn’t sure how to incorporate them. The big challenge I can see is that I have the grandmother, the mother, and three sisters to contend with. This is why I’m thinking learning the technique for time-slip with the No Eye Has Seen series should be my first step. And since I plan to eventually indy publish those, I can really look at it as a learning process and a way to make the most of the time I’ve already spent writing, revising, and editing those two manuscripts.

If anything, this new epiphany on how I can approach writing is giving me a new ferver for writing. It seems like the natural thing — not forced given the stories I’ve written and enjoyed reading over the past decade.

I’ve discovered a few articles on this topic and sent an inquiry to the managers of TimeSlipFiction.com to see if they have any tips or can connect me with online classes or books on this topic. If you know of anything in addition to the links I added below, please share!

In the meantime, I’m working the rest of the day on refining/revising the scenes in A Cord of Three using Fictionary.com to see if I can make a rough go at updating the “flashbacks” to read more like time-slip.