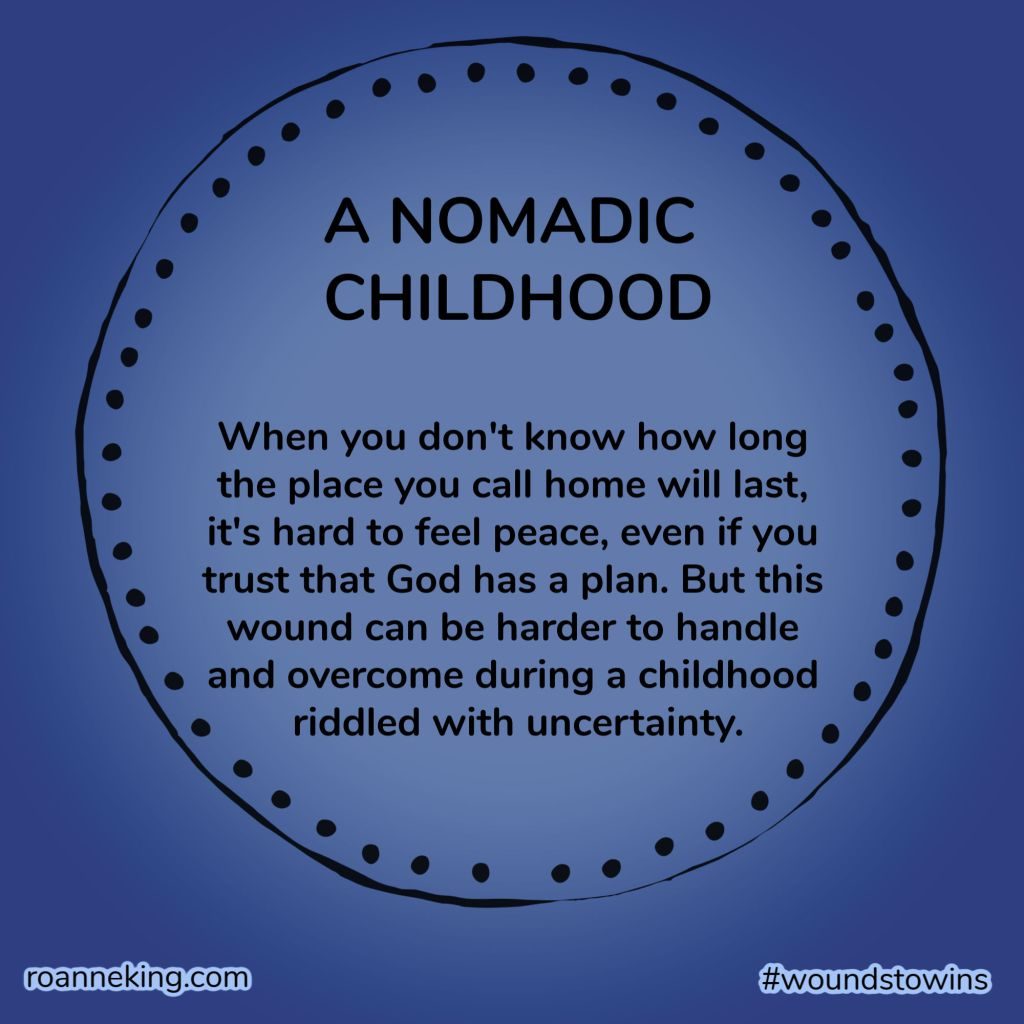 When Moving Wasn’t the Plan

In preparation for the 2020 Mount Hermon Writers Conference (unfortunately cancelled due to COVID-19 social distancing regulations as of March 16, 2020), I’ve been reviewing, rewriting, and refining my manuscript for A Cord of Three. One of the wounds the sisters overcome in the story is one of moving around with their mother until they finally settle in a low-income apartment to finish out high school.

For those fortunate enough to grow up in the same house or town your whole life, you are blessed and I hope you didn’t take that stability for granted. But you also can’t know what it’s like to adjust and make the most of life when everything is new and different. More than a new town or living space, there is a settling in one’s soul that requires adjusting as well.

And when there is an uncertainty of how long the place you call home will last, it’s hard to feel peace, even if you’re like me and have learned that God has a plan. It’s something I didn’t have as a child — that hope in God’s plan. Though I fictionalize much of the moves the sisters experience, the truth of the inner turmoil that it caused us is very real. And as much as I made it a lifetime goal to give my children more stability, there have been times when we didn’t have a choice. I outline that more recent journey of moves in my post Top Ten #4 – The Back and Forth of Moving.

But here, I share a short, yet distinct time in my youth when my mom, sisters and I didn’t have a place to call home.

We Were Homeless for a Time When I Was Twelve

There was a time when I remembered the approximate six months we were technically “homeless” very distinctly. I may have had a journal I kept then, but it’s been long lost on the road of many moves since. This is my present recollection, though I’m sure my sisters and my mom will recall differences in the story. But there is one night I remember clearly. I’ve recounted it several times and marked it as my first memory of answered prayer to a God I wasn’t even sure existed at the time.

After relocating to California from Colorado after my dad’s second marriage followed by my mom and her boyfriend relocating as well, my sisters and I bopped back and forth between the two households in the Santa Cruz Mountains (technically Los Gatos) and the Sierra Nevada Foothills (Grass Valley and Nevada City). Both of my parent’s new relationships were unhealthy to say the least, and led to many emotional wounds that aren’t right to detail publicly.

It had been less than two years since the initial move from Colorado and my mom and her boyfriend broke up. Stories from my parents vary as to why, but during this time, my dad hadn’t been paying child support consistently. Bottom line, the break up led to us not having a place to live. The order of places we stayed is a little jumbled in my memory, but I remember staying with my aunt in her studio house. The four of us with my aunt, her boyfriend and his daughter in a tiny little shack didn’t last long. I also remember spending a few nights in the back of a red truck with a camper shell (I think that was my mom’s vehicle at the time). I think we stayed with other friends and family, and possibly camped at the river as well. Them, our mom was asked to house sit for friends for a month.

This house I remember for several reasons. First, it was probably the biggest house I’d ever lived in. I thought the owners were rich with their nice furnishings, full fridge and good sized property. I pretended it was our house and that we had all the security a family living in such a house could provide. But it didn’t take long for all that to change.

The stress of homelessness was taking it’s toll on us. One night, my sisters got into a huge, physical fight in the house. My mom wasn’t there so I’ll say she was working. I was outraged at their bickering and wanted no part in it. I was tired of not having a place to call home. I was tired of moving and all the fighting between everyone. My mom and her boyfriend had broken up because of fighting. My dad and his new wife would fight too.

So, I went outside. The night was cool and the sky was clear. A million stars sparkled peacefully above. I leaned against a car I think probably belonged to the owners of the house. Frustrated tears poured out of my eyes as I screamed up at the sky.

I didn’t know much about God then. All I knew was something or someone bigger than us needed to act or I was going to break. My spirit was worn… so worn by then. In the four years since my parents’ divorce there had been little peace. I was desperate for us to at least have a stable living situation.

So I cried and called out God by name. I begged and pleaded that my mom would find a home for us soon. I kept on pleading with the stars until my tears dried and I couldn’t hear my sisters screams anymore.

After that night, the days blurred and I have few distinct memories until the day my mom announced she’d found a place for us to live. Less than two weeks had passed since my prayer and I’m not sure I realized the prayer was answered until later. But my mom rented that house for about four years. Even though my sisters and I still went to live with our dad intermittently through that time, the house was a stable factor for me until high school.

Over the years since, I often recall that time as when God began to speak to me and act on my behalf. I believe my faith in Him started that night as well, even though it would be another decade before I accepted Jesus as my Savior and began to truly understand God’s plan wasn’t just about answering our prayers as we saw fit. Nevertheless, He revealed himself then and continues to do so not only in our journey of moving, but in knowing the reality that they are all temporary in comparison to the permanent home He has waiting for us in heaven.

From Fact to Fiction

The sisters in my fiction story A Cord of Three, also move a lot as children and youth. The pivotal moment in the story occurs just after they finally settle into a low-income apartment the year they are all attend high school at the same time. The wound of A Nomadic Childhood (as described in the Emotional Wound Thesaurus) for the story is specifically related to moving around and/or homelessness due to a parent moving around due to relationship and work instability.