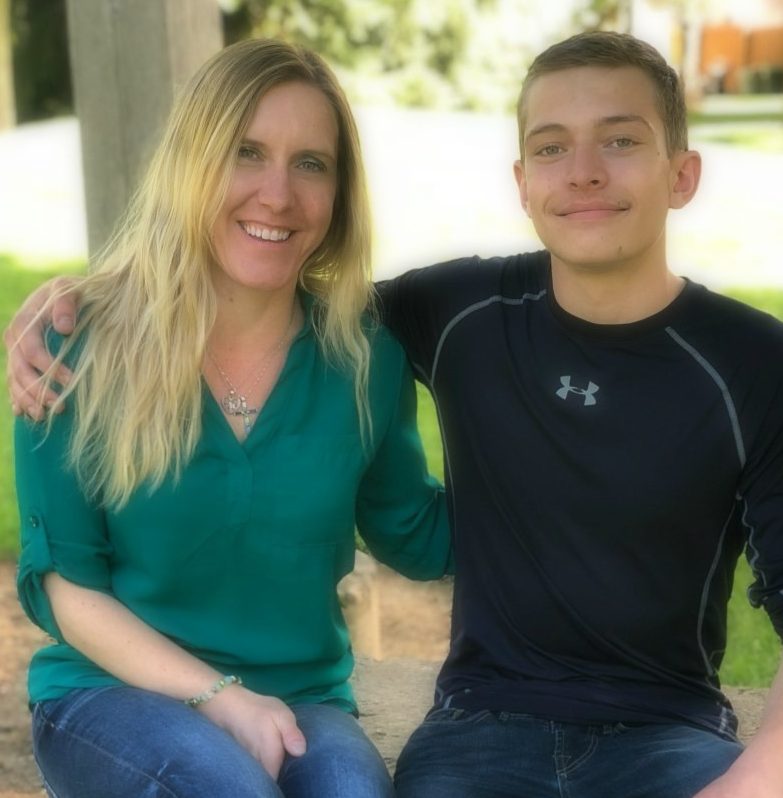 Maybe it’s because I’m the mom and he’s my son, but I had no idea it would be so hard to watch my boy leave home. After all, his sisters have been on their own for years and they are doing amazing. So, why did the smallest thought of him being on his own bring so many tears?

I admit his dad and I haven’t done the best job allowing him to make mistakes and learn from under our roof. During his last couple of years of high school, we had a lot of changes happening and since our oldest boy also happens to be our quietest one, we ended up focusing on the louder things in our life. But we got to the point where we had to let him go and do the thing he wanted to do, even if we didn’t think he was ready.

And my prayers increased while my sleep decreased for about six weeks.

Then we got the call that in a round-about-way, led to him coming back home. It was a moment of weakness for us all.

Here’s the truth. I actually started a draft of this post a year ago.

As of today, our son is still living with us and working for us. He is paying rent, taking care of his dog, and really, really close to getting his driver’s licence. He’s had some health challenges, which has made it harder for us to encourage him to get back on his own 100%. But a recent move has allowed him to have some more anonymity with an attached apartment and separate entrance.

Is my mom’s heart ready to let him go and try things on his own again? No, it’s not. But with him turning 20 soon, we really don’t have a choice. My hope is that it can be a mutual decision and that he initiates moving out on better terms and that he is better equipped than he was a year ago.

Yet, I know that he needs to figure this life out on his own. He needs to try and fail, learn from mistakes and decide on his own the direction he wants his life to go. We are holding him back from all of this the longer we allow him to stay home.

The irony for me it that this is my son. I never imagined I would be more concerned about one of my boys than my daughters. After all, young women are more vulnerable, right?

When my daughters ventured on their own at ages 17 and 20, I was in a mode of survival. I didn’t have the time, resources or mental ability to worry about them or provide for their needs. They had to figure it out on their own. I had to trust they would be fine. I had to put them in God’s hands.

I don’t know what it is about this generation. Maybe it was because so many of us parents struggled as teens and young adults with little to no guidance from our own parents. But weren’t those struggles the things that made us strong? So why is it so hard to let our kids struggle the same? To me, the bigger question is why do they have to struggle? We’ve given them the opportunity to be kids, to enjoy life as teenagers, and to have the security that comes with both of their parents living together and working hard to offer stability and safety. Most of all, they’ve grown up knowing God and what the Word of God says about how to live a good life here while preparing for eternity.

I’ve started to question if youth was ever meant to be easy. Maybe the void of time between becoming a teenager and becoming an adult shouldn’t be about carefree fun and exploration. Is there a way to allow for struggles and learning the lessons of failure without also accumulating emotional wounds that can take a lifetime to heal? I know there are parents out there who have succeeded at setting limits and holding their kids accountable while still maintaining a relationship based on love and trust.

But sometimes I wonder if it’s too late for us. Three of our five kids have already reached adulthood. And though we’re working on creating more consistency and structure for our youngest two, it’s a lot harder after they’ve witnessed their sibling get away with so much more!

Then there’s the other factor of coming into agreement with my husband. There’s part of me that wants our son to go and stay gone for the simple reason of getting the hardships over with so I can see my son succeed on the other side. But his dad isn’t ready to force him out.  I would ask the question, “Are we holding him back by letting him stay?” But I know the answer — of course we are!

When I look at the potential for our other two boys, I don’t see us having the same struggles. Of course, by then, we’ll have (hopefully) experienced witnessing our oldest son live on his own to some degree of success. So maybe it’s not so much about boys and girls as it’s our first  son in addition to us actually having the time and resources to gently push him from the nest verses telling him he has to go because we’re moving to a new nest and there’s no longer room for him!

I don’t really have a conclusion to this post. We are still in the process. But I would love to hear from some other moms of boys and young men who by all appearances were not ready to be on their own, but eventually managed to do so.

Usually, I prefer to offer hope and encouragement, but today I’m seeking it out. I’m not in despair, I just want to know when the day comes for him to leave the nest for good — and I’m praying it comes before his 20th birthday! — that I can have complete peace about it, regardless of how prepared I think he is to fly.